In May (from 17 to 26), the city of Utrecht (The Netherlands) was the space of Spring Festival, which includes dance, theatre, performance, with a vast program that took place in several theatres around town, and also in many other alternative and public spaces.

During ten days this year’s festival edition offered a very rich panorama of young and experienced artists, most of them coming from non-hegemonic contexts. Many of their works presented intriguing ways of approaching to issues related to, for instance, what we expect from the future, what our role is when facing a collapsed world in many aspects, how we can imagine living modes of existences such as those that are imposed to the refugees, or even to the subjects that don’t live under prescribed normativity patterns.

It is fair to say, then, that most of the works brought a character of political engagement on different levels, and the whole program dipped us into ten inspiring but at the same time enormously provocative days, to think about our actions, relationships, and our ability to deconstruct what is given and is not promising.

Among such instigating works, no less than a memorable event took my breath away every single time I placed myself before it. I am talking about Sic Transit Gloria Mundi, which, during ten days of Spring, was opened for visitation from 2 pm to 10 pm, in Neude, an important historical square of the city of Utrecht.

Before I refer to the nexus and artistic means created by Sic Transit Gloria Mundi, I need to tell about my disappointment, simultaneously to my aesthetic enjoyment in realizing, before the second of the five visits I would make, that I let myself be deceived by the game of the event itself, and therefore, as it was intended, I was not grasping what it actually consisted of.

In the festival’s schedule brochure, Sic Transit Gloria Mundi’s synopsis announced that, in face of the collapse of Western hegemony and its imperialist power, “In collaboration with the Western Hegemony National Monument Committee and the city of Utrecht”, a memorial was about to be erected at Neude Square in 2018, and that Spring would mark the beginning of its construction. In addition to the aforementioned text, billboards throughout the city, light signs at bus stops raised expectations regarding the construction of the monument.

When arriving for the initial visit on the first day of the festival, a siding structure surrounded the whole square, and inside this structure, apparatuses of a building such as cranes, tubes, and so forth, were already seen from outside. On various parts of the siding, there were advertising posters containing the name and photo of the future monument, which consisted of a man tremendously sized lying prone on the floor (dead, tired, drowned, defeated?). And before him was his nameplate (or a tombstone? ): “Sic Transit Gloria Mundi”.

Connected to the siding structure surrounding the building, we could enter into a visiting room in a container, from which it was possible to visualize what seemed to be the beginning of the work, through three windows for the construction in progress. We could see from the windows the workers in action, a lot of sand, more equipment, and, finally, an index of the monument that was starting to be erected: a huge hand, being moved from side to side.

What was seen outside the room was complemented by what could be seen inside: on one of the walls, a video mapping, in which we could glimpse in 3 dimensions, the design of the monument and its gigantic dimensions in relation to people and things. In the center of the room, a glass case carrying a model of the same monument. And on two other walls, a juxtaposition of photos of true events that drew attention to the diverse signs of collapse in the world: attacks on the Eiffel Tower, scenes of stock market speculation, police in front of a bank in Greece, rows of unemployment in Spain and Shanghai, toast between Putin and Mark Rutte (prime minister of the Netherlands), next to LGBTq flag photo being burned by a group of people. And finally, contributing to build the frame from which we saw the projection of this future assumption monument of the collapse of the West, we listened to the Nocturne in F Minor Op. 55, no. 1, by Chopin (listen to it here).

On the first day, I did not realize that the visiting room also had a second floor, with more elements to discover and other perspectives of the same scenario under construction. However, everything I described was enough to leave me and my sister, who accompanied me, stupefied, although in the short time we could stay on that first visit. The monument would be colossal, and its implicit assumption was astonishing: the Western man erected a tribute as a recognition of his responsibility for the collapsing world. For me, as a Brazilian – regarding the moment we have been going through (especially since 2016), the possibility of a monument of this character made total sense and represented a breath of possible human wisdom projecting itself into the future. The question I had hitherto wondered was: how was it possible, in a city of a First-World country, the existence of such extraordinary gesture, which would just  put the hegemony of the West at stake? It is worth mentioning that the texts  fixed to the container wall to present the work were in Arabic, Chinese, Russian, English and Dutch, in that order.

After the first day of visit, I was already decided to write, yet not knowing the infinite layers that were about to come from what I had just witnessed. The day after, I started to look for more information about it. And as I discovered, so far, that the Western Hegemony National Monument Commission would probably have been an invention set out in the synopsis, and found a critical review, I did not take long to find out that the construction of the monument was artistically fabricated as well, just as the final detail of the synopsis, which placed Spring as the landmark of this building. I also heard reports that the local businessmen were harshly criticizing the event, because the structure disrupted their business. Certainly the choice of Neude –  a tourist square, full of other monuments, historic buildings, one of the largest and most powerful banks in the country, and several relaxed bars with terraces to sit in outdoors  – were not at random.

Thus, it came to light to me that what made this extraordinary gesture really consisted of a ‘performance-installation’ (the categorization does not matter much, especially in this case), signed by Studio Dries Verhoeven, by the Dutch theater artist Dries Verhoeven (see the website here), of extraordinary and provocative production. 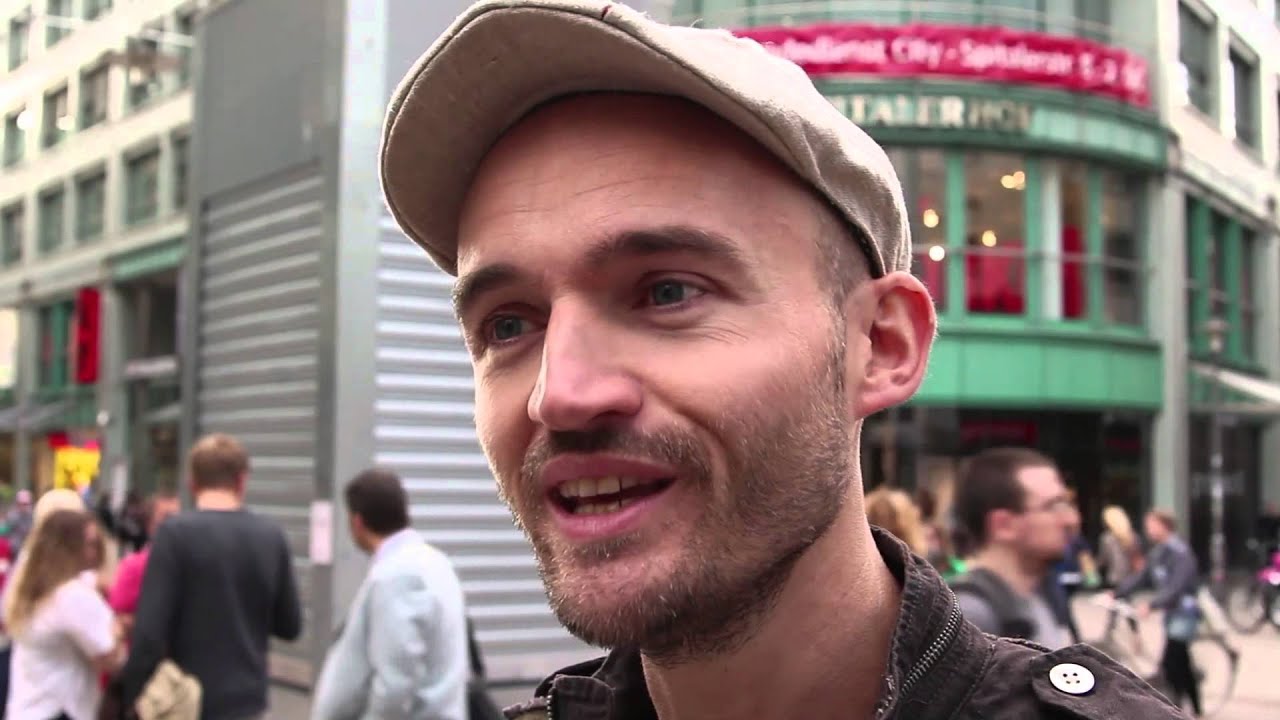 The initial disappointment was that I realized the colossal counter-hegemonic monument would never be built. For all sort of reasons, I hugely wanted to believe that its existence was real, although the expenditure for its building could represent one more contradiction. On the other hand, when this event was erected as a performance to me, I could see, even more dazzled, its power, ingenuity and genius.

From the second visit on (and in each one of them perceiving new details), my sight was guided by a reading of this event-performance-installation as an utopian monument, that is, a place that does not exist, in this case imaginative of an assumption: the one which would state that Western human glory or hegemony failed. Sic Transit Gloria Mundi is the Latin phrase that was used until 1963, when the papal power would be assigned to a new pope, and means: “all the glory of the world is transitory.”

From that point on, the windows to the false construction formed another frame: during those ten days, the performers (all of them black people, probably to bring out another of the critical layers of the concerned work, related to their exploration) carried out sterile, circular, and repetitive actions, that did not lead to the construction of absolutely anything, while they also contemplated the nothingness being done, besides leading us to see the utopian matter of such assumption.

As a part of the utopian monument, the only thing we saw, from the first day and during the whole period, was the hand, whose palm was displaced to assorted places, by cyclical actions (which could only be noticed over the extended time of the performance), in the inverted position (upwards) to the one that it was in the memorial’s model and videomapping (downwards). This inversion seems to suggest a kind of appeal for men to recognize their limits, to rethink their place in the world, and the world itself, as well as the values ​​to which they erect monuments.

While the future monument never comes, and along with it the extraordinary gesture of assumption of an infinite succession of errors (as the juxtaposition of photos mentioned above allows us to see), what is seen are innocuous actions, which are in the process of constructing nothing, except to move and display a great appeal.

Among other layers that only came out to me from the second visit, there are the ones enabled by the visit to the second floor of the visitor’s room. Unlike the melancholic atmosphere there, reinforced by one of Chopin’s nocturnes, the seemingly cheerful and lazy song Hollilli (listen here) invites us to immediately shift into another type of environment. In this upper part of the visiting room, we find several shelves offering for 10 Euros (each) series miniatures of the monument to be “built” as a souvenir, and we are welcomed by an extra nice “Hello” of the Chinese actor, who performs the seller of such simulacra, striving to do his job well, justifying himself for not speaking  English so well.

Here, once more, the polysemy of composition sets in. On the one hand, the cool atmosphere leads us to believe that this is a sarcastic arrangement to criticize the idea of ​​the tourist souvenir from monuments or museums, which flatters and simplifies the reality it evokes. From the second floor, the existence of windows equally to the same “building” allows us to see  the event from another frame, as well as its innocuous actions, of a monument that will never be erected. We look at this new frame, which, ironically, allows us to forget and erase the collapses that justify such building, while we can have our own miniature of Sic Transit Gloria Mundi, as well as visitors so commonly buy and take with them the bizarre keyrings and other objects that imitate the ear of Van Gogh in the store of the homonymous Museum of Amsterdam; or even small pieces of the Berlin Wall.

Everything changes, however, if we think about the reality of her singer, Miriam Makeba (1932-2008), as a South African black woman who had a life of activism, for Human Rights and against Apartheid. Would it be, then, such choice a part of the utopian matter of the monument (again): the glory of counter-hegemonic values ​​over the stifling power of the West?

Finally, after all the visits and discoveries, I am aesthetically fortunate by my own prior ignorance about the artist and the performance at stake, because the power and genius of a performance-installation-monument-event was erected to me through my findings during the visits’ process. In Neude, but also in many other places of my country or anywhere in the world, I can see this same ‘place that does not exist’, this utopian recognition monument (equally utopian) of the weariness due to the incessant and intransitive power of the world, and the fact that all the glory of the world is transitory.